The U.S. Census Bureau and the U.S. Bureau of Economic Analysis announced today that the goods and services deficit was $50.0 billion in March, up $0.7 billion from $49.3 billion in February, revised. 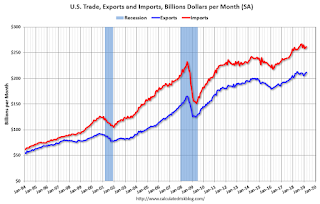 Exports and imports increased in March.

In general, trade had been picking up, although both imports and exports have moved mostly sideways recently. 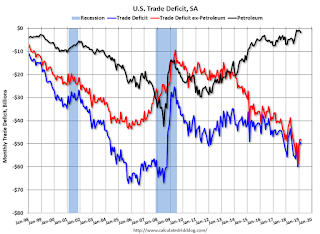