Mortgage applications decreased 0.6 percent from one week earlier, according to data from the Mortgage Bankers Association’s (MBA) Weekly Mortgage Applications Survey for the week ending May 10, 2019.

Added Kan, “It’s worth watching if ongoing global trade disputes lead to increased anxiety about the economy, which could cause some potential homebuyers to put off their home search until the uncertainty is resolved.
...
The average contract interest rate for 30-year fixed-rate mortgages with conforming loan balances ($484,350 or less) decreased to 4.40 percent from 4.41 percent, with points decreasing to 0.40 from 0.47 (including the origination fee) for 80 percent loan-to-value ratio (LTV) loans.
emphasis added 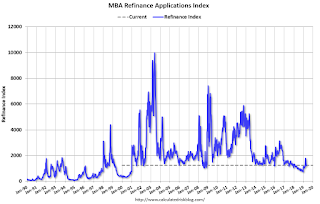 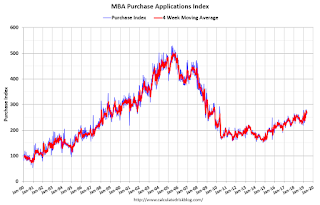