Total housing starts in April were above expectations, and starts for February and March were revised up. 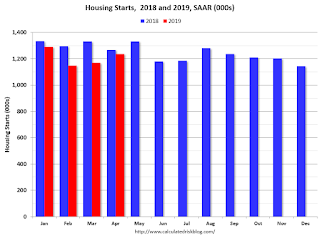 The year-over-year weakness in April was in the single family sector.

Last year, in 2018, starts were strong early in the year, and then fell off in the 2nd half - so the early comparisons this year are the most difficult.

My guess is starts will be down slightly year-over-year in 2019 compared to 2018, but nothing like the YoY decline we saw in February and March. 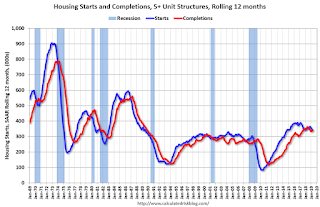 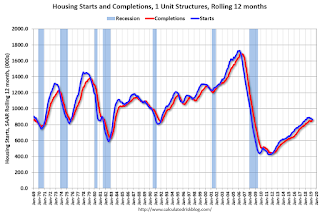