The BEA released their estimate of April vehicle sales this morning. The BEA estimated sales of 16.43 million SAAR in April 2019 (Seasonally Adjusted Annual Rate), down 5.8% from the March sales rate, and down 4.5% from April 2018. 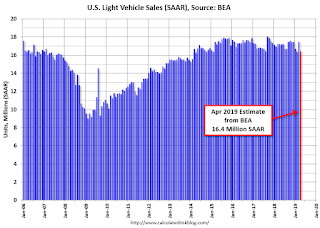 This graph shows light vehicle sales since 2006 from the BEA (blue) and an estimate for April (red).

This was below the consensus forecast for April. 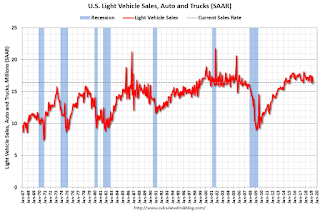