Special note: The expansion to the Panama Canal was completed in 2016 (As I noted two years ago), and some of the traffic that used the ports of Los Angeles and Long Beach is probably going through the canal. This might be impacting TEUs on the West Coast. 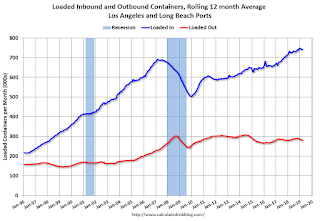 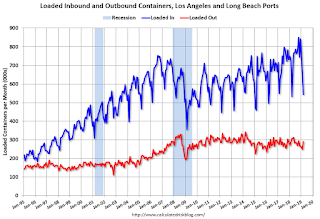