Total housing starts in February were below expectations, however starts for December and January were revised up. 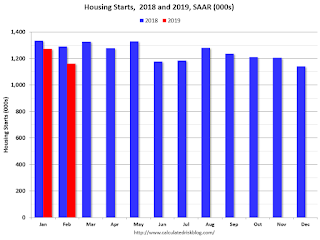 Starts were down 9.9% in February compared to February 2018.

The weakness in February was primarily in the single family sector.  February starts might have been impacted by the weather.

Last year, in 2018, starts were strong early in the year, and then fell off in the 2nd half - so the early comparisons are the most difficult. 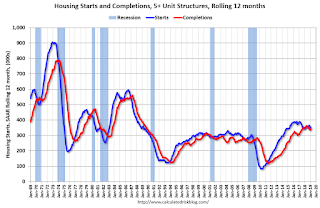 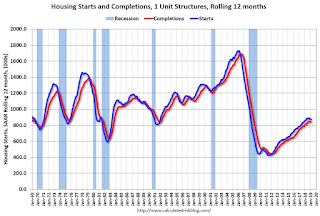