First, this report was for December; the January report will be released on March 14th.

New home sales for December were reported at 621,000 on a seasonally adjusted annual rate basis (SAAR). This was above the consensus forecast, however the three previous months were revised down. Sales in December were down 2.4% year-over-year compared to December 2017.

The comparison for November and December were difficult (sales in November 2017 were especially strong). 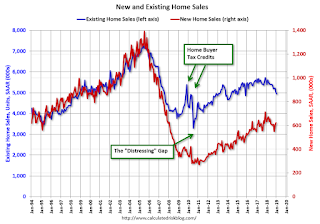 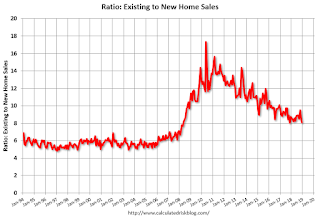 In general the ratio has been trending down since the housing bust, and this ratio will probably continue to trend down over the next few years.