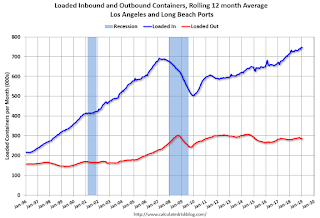 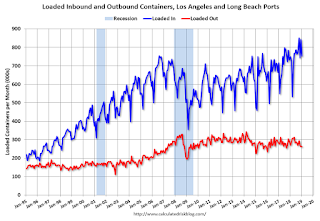 In general imports have been increasing, and exports have mostly moved sideways over the last 8 years.
Calculated Risk at 2/14/2019 11:39:00 AM