The Census Bureau released the Residential Vacancies and Homeownership report for Q4 2018. 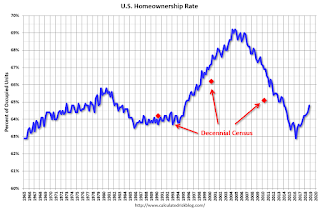 I'd put more weight on the decennial Census numbers - given changing demographics, the homeownership rate has bottomed. 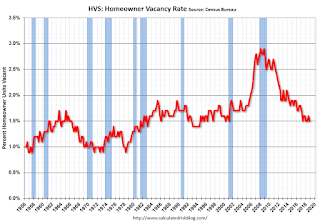 The HVS homeowner vacancy decreased to 1.5% in Q3. 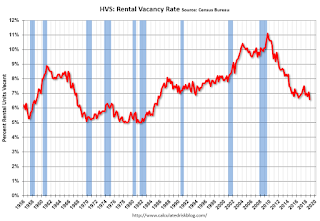 The rental vacancy rate decreased to 6.6% in Q4.

Overall this suggests that vacancies have declined significantly, and my guess is the homeownership rate has bottomed - and that the rental vacancy rate is close to the bottom for this cycle.