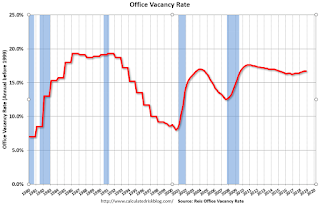 Reis reported the vacancy rate was at 16.7% in Q4.  The office vacancy rate had been mostly moving sideways at an elevated level, but has increased slightly recently.