From CNBC: Oil plunges 7% to lowest level in more than a year 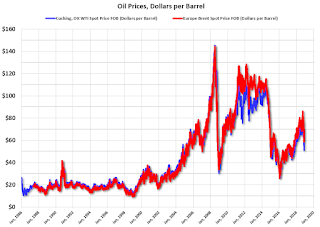 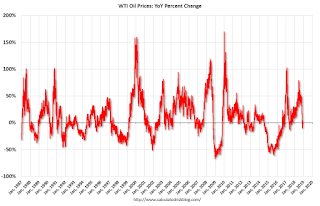 Six times since 1987, oil prices have increased 100% or more YoY.  And several times prices have almost fallen in half YoY.   Oil prices are volatile!

Currently WTI is down 10% year-over-year.

Although the U.S. is still a net importer of oil, oil production has increased significantly in the U.S..  Declining oil prices negatively impact certain regions and segments (like heavy truck sales).
Posted by Calculated Risk on 11/23/2018 11:37:00 AM
Newer Post Older Post Home