Housing starts in October were slightly below expectations,  however starts for August and September were revised up.  Overall this was close to expectations.

Single family starts were down 2.6% year-over-year. 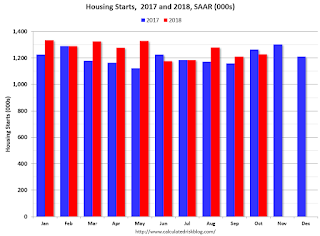 Through nine months, starts are up 5.6% year-to-date compared to the same period in 2017.   That is a decent increase.

Note that 2017 finished strong, so the year-over-year comparisons are difficult in Q4. 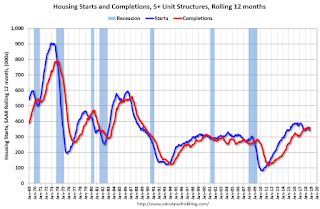 The rolling 12 month total for starts (blue line) increased steadily for several years following the great recession - but turned down, and has moved sideways recently.  Completions (red line) had lagged behind - however completions and starts are at about the same level now (more deliveries). 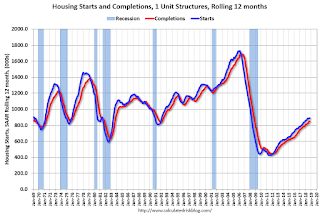