Based on a preliminary estimate from AutoData, light vehicle sales were at a 17.15 million SAAR in April. 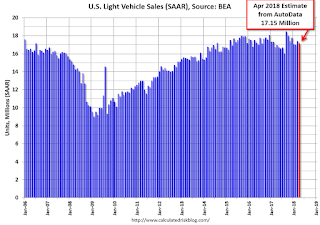 This was slightly above the consensus forecast for April.

Note that the increase in sales at the end of 2017 was due to buying following the hurricanes.

Sales will probably move sideways or decline in 2018 after setting new sales records in both 2015 and 2016. 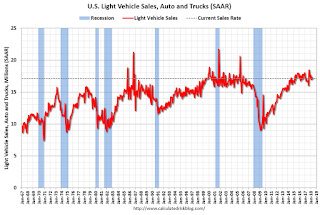