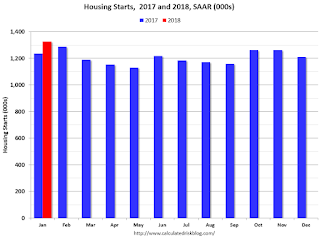 Single family starts were up 7.6% year-over-year, and up 3.6% compared to December.

Multi-family starts were up 6.7% year-over-year, and up 23.7% compared to December (multi-family is volatile month-to-month). 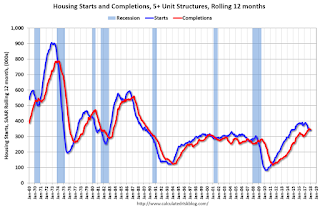 Completions lag starts by about 12 months, so completions will probably turn down in a year or so. 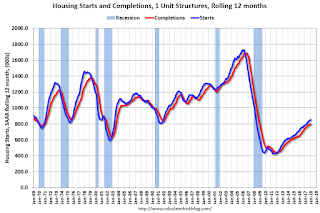