The U.S. Census Bureau and the U.S. Bureau of Economic Analysis, through the Department of Commerce, announced today that the goods and services deficit was $50.5 billion in November, up $1.6 billion from $48.9 billion in October, revised. November exports were $200.2 billion, $4.4 billion more than October exports. November imports were $250.7 billion, $6.0 billion more than October imports. 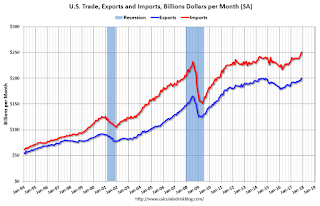 Both exports and imports increased in November.

Trade has been picking up. 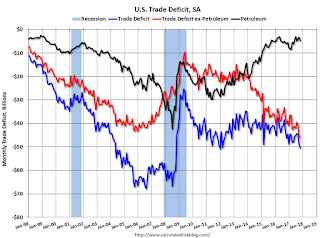