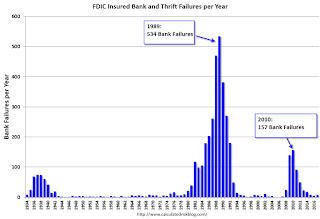 Typically about 7 banks fail per year, so the 8 failures in 2017 was close to normal. 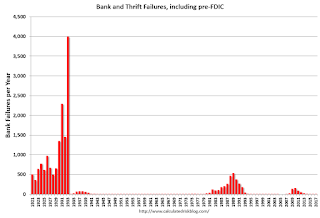 Then, during the Depression, thousands of banks failed. Note that the S&L crisis and recent financial crisis look small on this graph.