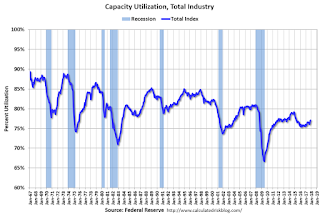 This graph shows Capacity Utilization. This series is up 10.4 percentage points from the record low set in June 2009 (the series starts in 1967). 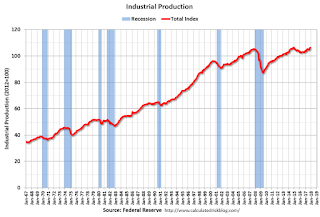