Single family starts, at 930 thousand SAAR, were at the highest level since September 2007 (over 10 years ago). 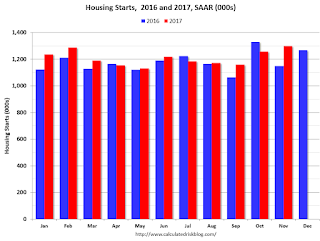 Note that single family starts are up 8.7% year-to-date, and the weakness (as expected) has been in multi-family starts.

My guess was starts would increase around 3% to 7% in 2017.   It looks like starts will be at the low end of that range. 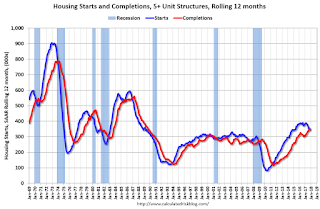 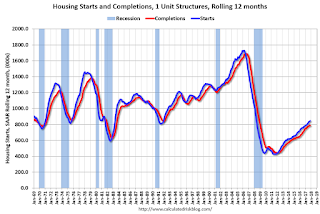