First, as usual, housing economist Tom Lawler's estimate was much closer to the NAR report than the consensus.    So the decline in sales in July was no surprise for CR readers. 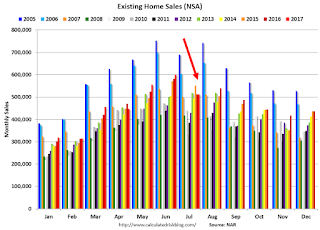 Note that sales NSA are now in the seasonally strong period (March through September). 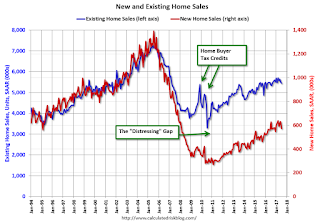 The "distressing gap" graph shows existing home sales (left axis) and new home sales (right axis) through July 2017. This graph starts in 1994, but the relationship had been fairly steady back to the '60s. 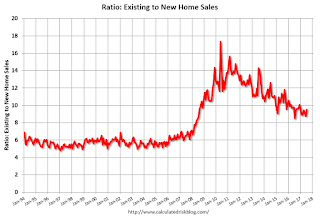