New construction of 7.5 million square feet was also low by historic standards, but developers have been cautious throughout these last few years and have expanded the office supply at a less aggressive rate than in previous cycles. Net absorption, or occupancy growth, of 3.3 million square feet was the lowest since the second quarter of 2014. ... 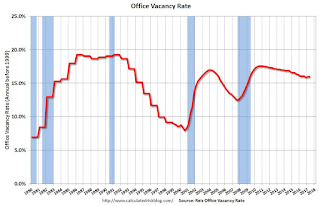