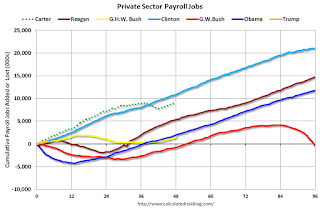 During the first four months of Mr. Trump's term, the economy has added 601,000 private sector jobs. 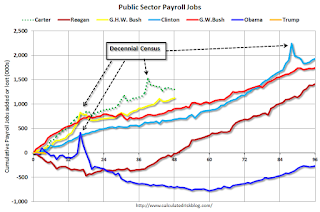 However the public sector declined significantly while Mr. Obama was in office (down 268,000 jobs).

During the first four months of Mr. Trump's term, the economy has lost 7,000 public sector jobs. 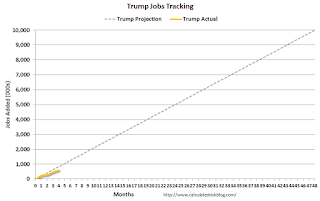