Philly Fed: State Coincident Indexes increased in 36 states in May 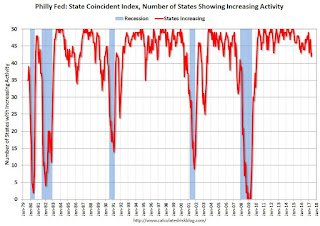 In May, 43 states had increasing activity (including minor increases). 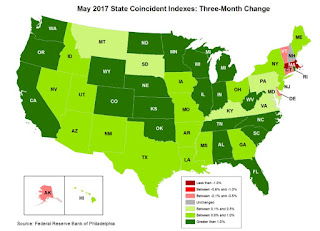 Here is a map of the three month change in the Philly Fed state coincident indicators. This map was all red during the worst of the recession, and almost all green now.