The following graph shows real Personal Consumption Expenditures (PCE) through May 2017 (2009 dollars). Note that the y-axis doesn't start at zero to better show the change. 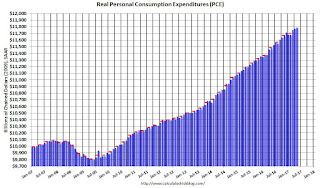