LA area port traffic was down in February due to the timing of the Chinese New Year. 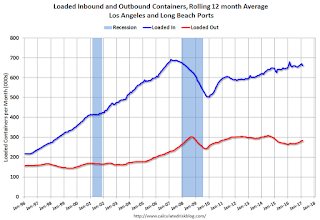 The downturn in exports in 2015 was probably due to the slowdown in China and the stronger dollar.  Now exports are picking up again, 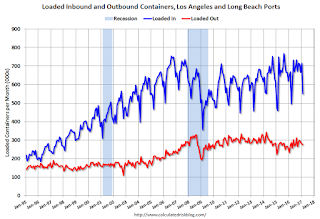 The Chinese New Year was early this year, so imports declined in February.