On a monthly basis, retail sales increased 0.6 percent from November to December (seasonally adjusted), and sales were up 4.1 percent from December 2015. 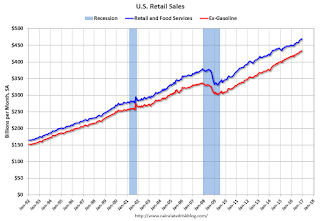 Retail sales ex-gasoline were up 0.5% in December. 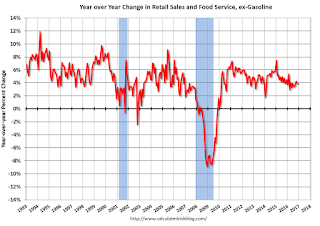 Retail and Food service sales ex-gasoline increased by 4.0% on a YoY basis.

The increase in December was below expectations, however sales for October and November were revised up. A solid report.
Posted by Calculated Risk on 1/13/2017 09:12:00 AM
Newer Post Older Post Home