Unemployment rates were significantly lower in November in 18 states and stable in 32 states and the District of Columbia, the U.S. Bureau of Labor Statistics reported today. Nine states had notable jobless rate decreases from a year earlier, 2 states had increases, and 39 states and the District had no significant change. The national unemployment rate was 4.6 percent in November, down from 4.9 percent in October, and 0.4 percentage point lower than in November 2015.
...
New Hampshire and South Dakota had the lowest unemployment rates in November, 2.7 percent each. Alaska and New Mexico had the highest jobless rates, 6.8 percent and 6.7 percent, respectively.
emphasis added 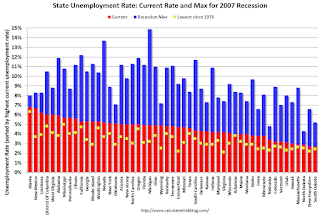 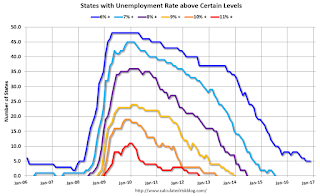