Based on a preliminary estimate from WardsAuto, light vehicle sales were at a 17.65 million SAAR in September. 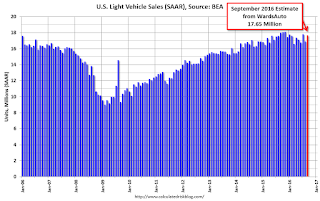 This was above the consensus forecast of 17.4 million SAAR (seasonally adjusted annual rate). 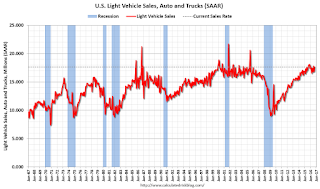 Sales for 2016 - through the first nine months - are up slightly from the comparable period last year.