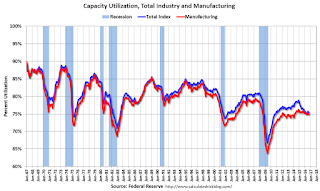 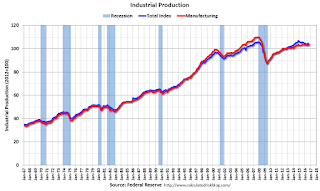 Industrial production increased 0.1% in September to 104.1. This is 19.2% above the recession low, and is close to the pre-recession peak.