S&P/Case-Shiller released the monthly Home Price Indices for August ("August" is a 3 month average of June, July and August prices).

From S&P: Home Price Gains Continues in August According to the S&P CoreLogic Case-Shiller Indices 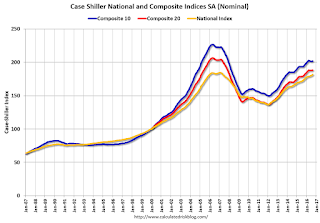 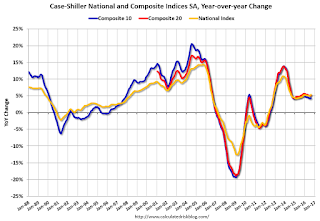 The National index SA is up 5.3% year-over-year.

Note: According to the data, prices increased in 15 of 20 cities month-over-month seasonally adjusted.