Unemployment rates were significantly higher in August in 6 states, lower in 3 states, and stable in 41 states and the District of Columbia, the U.S. Bureau of Labor Statistics reported today.
...
South Dakota and New Hampshire had the lowest jobless rates in August, 2.9 percent and 3.0 percent, respectively. Alaska had the highest unemployment rate, 6.8 percent.
emphasis added 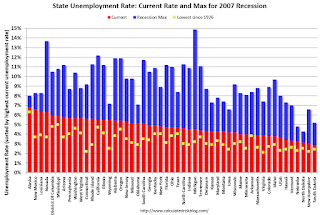 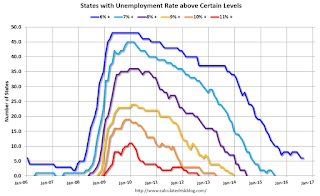