Housing Starts decreased to 1.164 Million Annual Rate in May 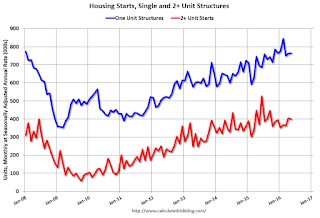 Single-family starts (blue) increased in May, and are up 10% year-over-year. 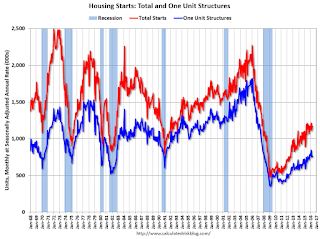 Total housing starts in May were close to expectations, and combined starts for March and April were revised up slightly.  I'll have more later ...
Posted by Calculated Risk on 6/17/2016 08:38:00 AM
Newer Post Older Post Home