The Census Bureau reports New Home Sales in February were at a seasonally adjusted annual rate (SAAR) of 512 thousand.

The previous three months were revised up by a total of 12 thousand (SAAR).


"Sales of new single-family houses in February 2016 were at a seasonally adjusted annual rate of 512,000, according to estimates released jointly today by the U.S. Census Bureau and the Department of Housing and Urban Development. This is 2.0 percent above the revised January rate of 502,000, but is 6.1 percent below the February 2015 estimate of 545,000."
emphasis added 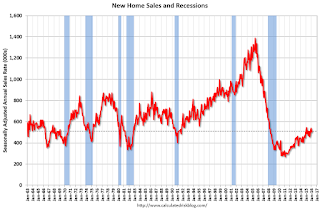 Even with the increase in sales since the bottom, new home sales are still fairly low historically. 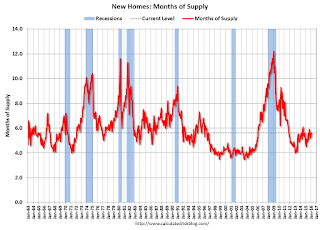 The months of supply was unchanged in February at 5.6 months.


"The seasonally adjusted estimate of new houses for sale at the end of February was 240,000. This represents a supply of 5.6 months at the current sales rate." 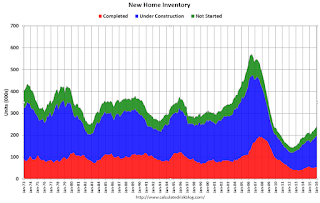 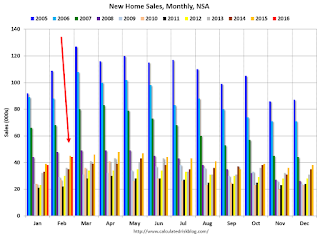 This was close to expectations of 512,000 sales SAAR in February, and prior months were revised up slightly - although sales were down year-over-year.  Still a decent report.  I'll have more later today.
Posted by Calculated Risk on 3/23/2016 10:13:00 AM
Newer Post Older Post Home