Regional and state unemployment rates were little changed in February. Twenty-two states had unemployment rate decreases from January, 8 states had increases, and 20 states and the District of Columbia had no change, the U.S. Bureau of Labor Statistics reported today.
...
New Hampshire and South Dakota had the lowest jobless rates in February, 2.7 percent each, followed by North Dakota, 2.9 percent. Alaska had the highest rate, 6.6 percent, closely followed by Mississippi and West Virginia, 6.5 percent each. 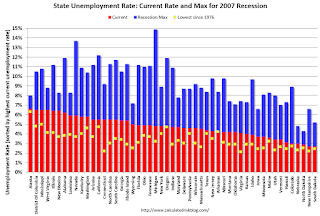 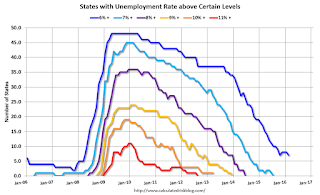