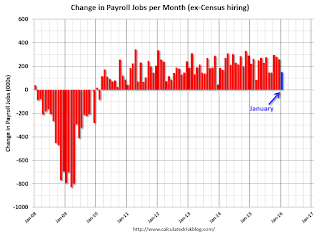 Payrolls for November and December were revised down by a combined 2 thousand. 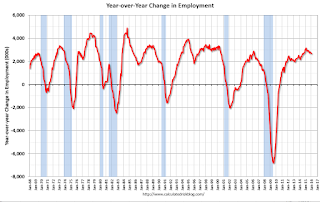 In January, the year-over-year change was 2.67 million jobs.  A solid gain. The Labor Force Participation Rate increased in January to 62.7%. This is the percentage of the working age population in the labor force.   A large portion of the recent decline in the participation rate is due to demographics. 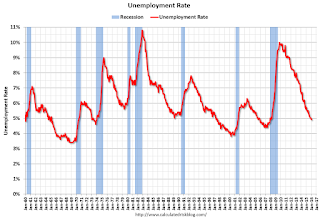 The unemployment rate was declined in January to 4.9%.

This was below expectations of 188,000 jobs ... but overall still a decent report.