Note: There were some large swings in LA area port traffic earlier this year due to labor issues that were settled on February 21st. Port traffic surged in March as the waiting ships were unloaded (the trade deficit increased in March too), and port traffic declined in April. 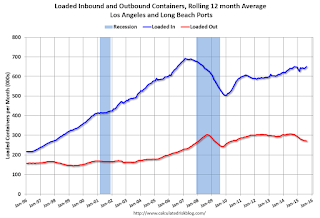 The recent downturn in exports might be due to the strong dollar and weakness in China. 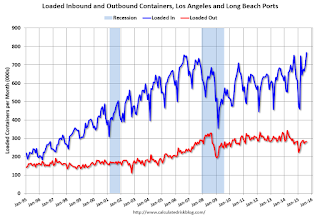 On a monthly basis, imports were at an all time high.

This data suggests a larger trade deficit with Asia in August, and that U.S. retailers are optimistic about the holiday shopping season.