Travel for the month is estimated to be 283.7 billion vehicle miles.

The rolling 12 month total is moving up - mostly due to lower gasoline prices - after moving sideways for several years. 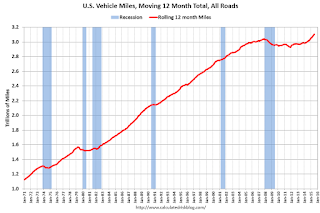 Miles driven (rolling 12) had been below the previous peak for 85 months - an all time record - before reaching a new high for miles driven in January. 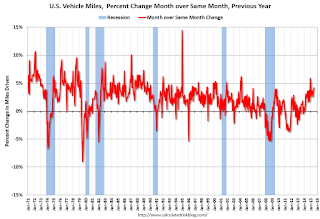