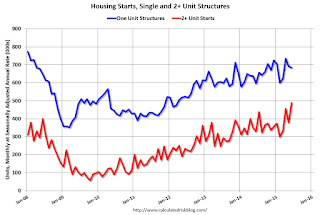 Single-family starts (blue)  decreased in June (because May was revised up) and are up about 14.7% year-over-year. 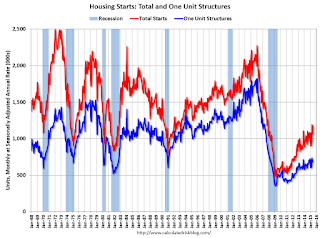 This was above expectations of 1.125 million starts in June.  And, with the upward revisions to prior months, and another surge in permits, this was another solid report. I'll have more later ...
Posted by Calculated Risk on 7/17/2015 08:39:00 AM
Newer Post Older Post Home