This was well above the consensus forecast of 16.5 million SAAR (seasonally adjusted annual rate). 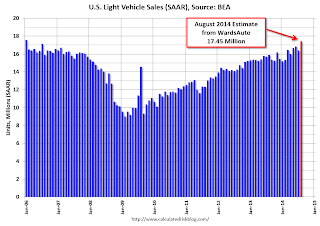 The 103-month high was set as rising automaker incentives intersected with a strengthening economy and growing consumer confidence to boost deliveries well past 1.5 million units, for an industry wide 9.3% rise in daily sales. 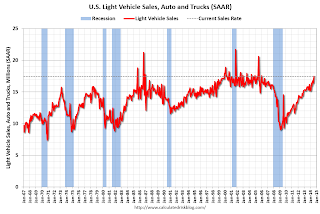 Unlike residential investment, auto sales bounced back fairly quickly following the recession and were a key driver of the recovery.