The trade deficit was smaller than the consensus forecast of $45.0 billion.

The first graph shows the monthly U.S. exports and imports in dollars through June 2014. 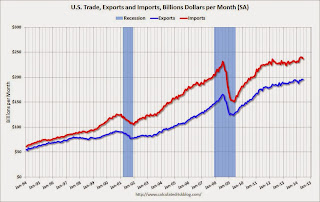 The second graph shows the U.S. trade deficit, with and without petroleum, through June. 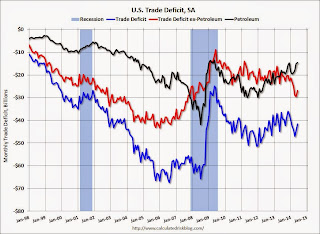