Housing Starts at 1.001 Million Annual Rate in May 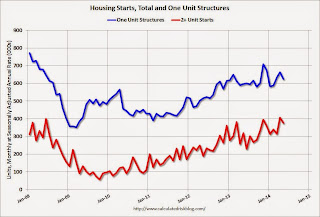 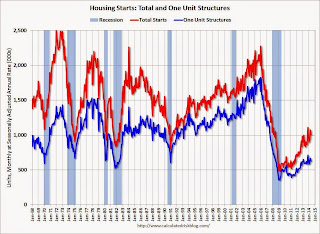 The second graph shows the huge collapse following the housing bubble, and that housing starts have been increasing after moving sideways for about two years and a half years.

This was Below expectations of 1.036 million starts in May.  Note: Starts for March and April were revised slightly. I'll have more later.
Posted by Calculated Risk on 6/17/2014 08:30:00 AM
Newer Post Older Post Home