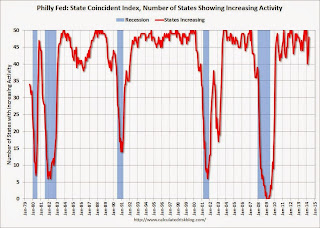 In April, 48 states had increasing activity(including minor increases). This measure declined sharply during the winter, but is now back to normal for a recovery. 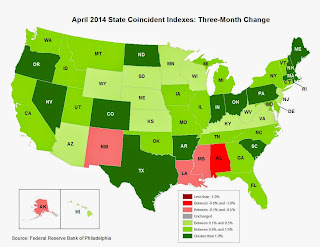 Here is a map of the three month change in the Philly Fed state coincident indicators. This map was all red during the worst of the recession, and is mostly green again.
Posted by Calculated Risk on 5/20/2014 10:50:00 AM
Newer Post Older Post Home