From the BLS: Regional and state unemployment rates were little changed in October 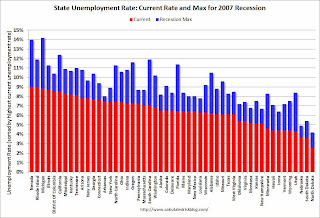 The size of the blue bar indicates the amount of improvement - Michigan, Nevada and Florida have seen the largest declines and many other states have seen significant declines. 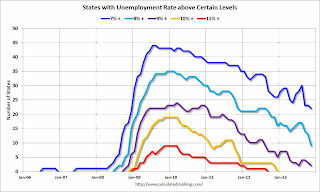