From the Census Bureau:


New orders for manufactured durable goods in August decreased $30.1 billion or 13.2 percent to $198.5 billion, the U.S. Census Bureau announced today. This decrease, down following three consecutive monthly increases, was the largest decrease since January 2009 and followed a 3.3 percent July increase.

The decline was due to the volatile transportation sector. 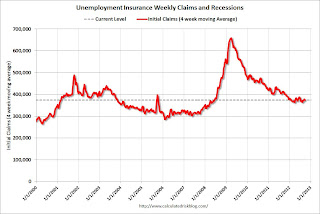 
The dashed line on the graph is the current 4-week average. The four-week average of weekly unemployment claims increased to 374,000. 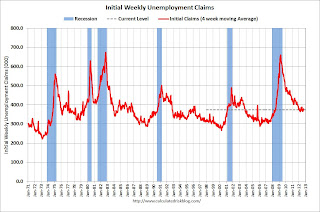 Mostly moving sideways this year, but moving up recently.