As part of the new home sales report, the Census Bureau reported that the average price for new homes increased to the highest level since August 2008. 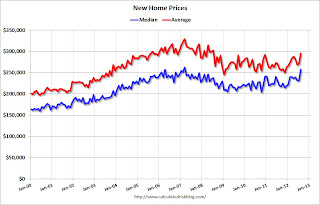 During the bust, the builders had to build smaller and less expensive homes to compete with all the distressed sales. With fewer foreclosures now, it appears the builders are moving to slightly higher price points.

The second graph shows the percent of new home sales by price. At the peak of the housing bubble, almost 40% of new homes were sold for more than $300K - and over 20% were sold for over $400K. 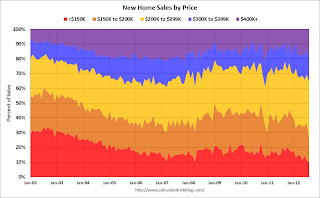