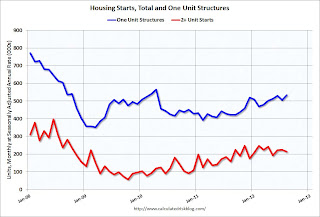 Total housing starts were at 750 thousand (SAAR) in August, up 2.3% from the revised July rate of 733 thousand (SAAR). Note that July was revised from 746 thousand. 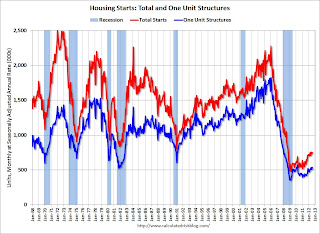 This shows the huge collapse following the housing bubble, and that total housing starts have been increasing lately after moving sideways for about two years and a half years.