The average contract interest rate for 30-year fixed-rate mortgages with conforming loan balances ($417,500 or less) remained unchanged at 3.74 percent, the lowest rate in the history of the survey, with points decreasing to 0.43 from 0.45 (including the origination fee) for 80 percent loan-to-value ratio (LTV) loans. 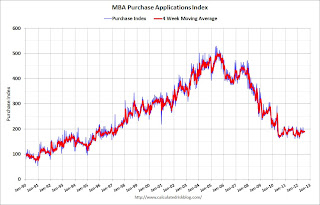 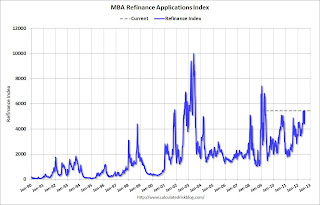 The refinance index is at the highest level since 2009.

This increase in refinance activity is probably a result of both record low mortgage rates and HARP activity.
Posted by Calculated Risk on 7/25/2012 07:01:00 AM
Newer Post Older Post Home