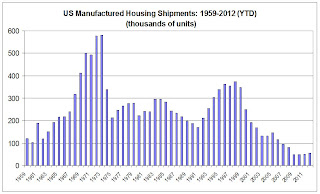 Here is a graph from Lawler showing the annual manufactured housing shipments since 1959. The column for 2012 is the annual sales rate for the first six months of the year.