Nonfarm payroll employment rose by 115,000 in April, and the unemployment rate was little changed at 8.1 percent, the U.S. Bureau of Labor Statistics reported today.
...
The civilian labor force participation rate declined in April to 63.6 percent, while the employment-population ratio, at 58.4 percent, changed little.
...
The change in total nonfarm payroll employment for February was revised from +240,000 to +259,000, and the change for March was revised from +120,000 to +154,000.

This was below expectations of 165,000 payroll jobs added. 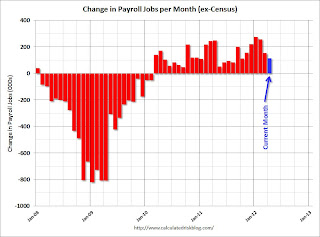 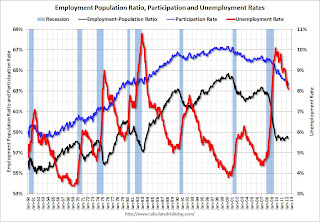 The Employment-Population ratio declined slightly to 58.4% in April (black line). 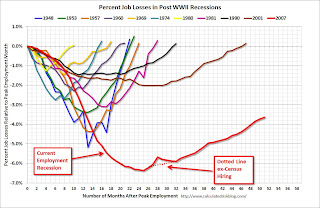