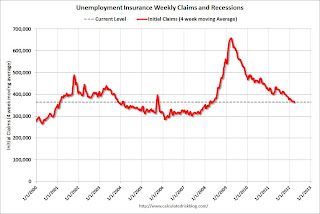 The dashed line on the graph is the current 4-week average. The four-week average of weekly unemployment claims declined to 365,000 (after annual revisions).

The 4-week moving average is at the lowest level since early 2008 (including revisions). 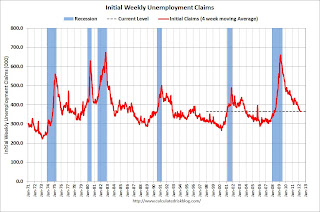 The ongoing decline in initial weekly claims is good news. After the revisions, this is the lowest level for claims since early 2008 and the trend is down.