• Travel for the month is estimated to be 254.0 billion vehicle miles. 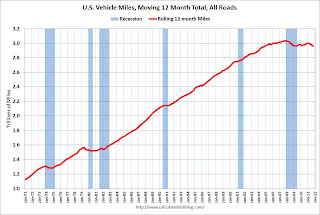 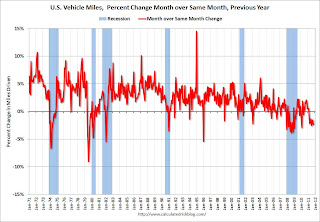 This is the eight straight month with a year-over-year decline in miles driven.

This decline is probably due to high gasoline prices and the sluggish economy. Maybe habits are changing ...
Posted by Calculated Risk on 12/27/2011 02:55:00 PM
Newer Post Older Post Home